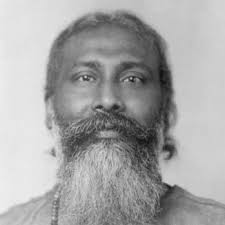 “The Sufi Message does not call a person away from a belief or church; it calls one to live it.”—HIK

Hazrat Inayat Khan, founder of the Sufi Order in the west, was born in Baroda, India, on July 5, 1882, into a family of great musicians. As a child, Inayat Khan took a great interest in music and visits to holy men. Due to his deep love of the Indian musical heritage, which had become very decadent, he dedicated his early life to reinstalling the spiritual value of music by traveling and performing in the high classical style. One of the greatest patrons of music, the Nizam of Hyderabad, responded to Hazrat Inayat Khan’s singing by awarding him the greatest musical title in India: Tansen of India.

Inayat Khan had fulfilled his purpose in music and began to look for a spiritual teacher. He found his ideal teacher in the being of Hazrat Abu Hashim Madani, the successor to one of the branches of the Chisti Sufi Order in India. After taking a sacred vow of initiation, he went through a course of training in the four Sufi Schools: Chishti, Naqshbandi, Qadiri, and Shurawardi. Before Abu Hashim Madani died, he called his pupil Inayat Khan to his bedside to bless him and enjoin him to bring the message of Sufism to the West, saying that he had received the order from Moinuddin Chisti, founder of the Chisti Order in India.

Following the call of God, Hazrat Inayat Khan left India for the Western world on September 13, 1910. He landed in America, an later traveled to Europe and Russia, sowing the seeds of Sufism.

He Founded the Sufi Order first in London in 1916, as a school, with classes for initiates. After World War I he traveled extensively in Europe. He supplemented the Sufi Order with an International Movement Headquarters: a secular organization to act as an administrative body. He gave lectures and wrote books in English. Small groups of followers were established in nearly every place he visited, and they carried on the work during his travels. The Eastern form of discipleship with a master was thus adapted to Western needs.

He married an American, Ora Ray Baker, a relation of Mary Baker Eddy, and they had four children. The family settled in Suresnes, outside of Paris, where he conducted an annual summer school for his students. On September 13, 1926, he called a meeting of all his disciples to lay the cornerstone of the Universel, the future temple of all religions. The the last days of Hazrat Inayat Khan was among his mureeds in the West. Shortly after, he left for India, where he passed away on February 5, 1927, in Delhi.

Source: an introductory pamphlet on the Sufi Order International.